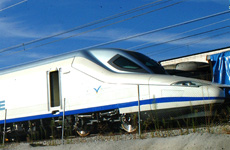 The fares charged to travellers strongly influence the financial, economic and social returns on investment in high speed infrastructure.  This impact is due to the strong relationship between fare rate and passenger numbers: lower tariffs result in an increased number of passengers and therefore greater social and economic benefits, although at the same time this can also incur higher costs which in some cases can influence the level of income and financial profit.

There is evidence that there is only one type of fare that generates a maximum income and another fare (greater or equal to the aforementioned) that drives a maximum financial result, whilst the economic and social return is always improved when reducing the fare.

There is an optimal fare which is able to meet the original objectives of the infrastructures built (normally the maximization of economic and social profits subject to the restrictions of financial results).

This article addresses the issue of how to achieve the practical application of this optimal tariff by operators.

If the fixed costs are changed for variable charges which increase in line with production, the operator will increase the price above the optimal fare causing a decrease in passenger numbers. The service offered and the infrastructure manager will also experience a reduction in their results causing the system to move away from its optimal level.