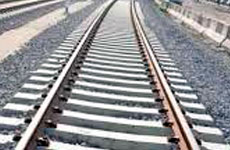 Since ancient times, all kind of soils have been improving in order to obtain a better use of them, getting more support and better resistance to the passage of time and the weather effects. These soils were modified with small additions of different materials, improving or stabilizing such soils.

Clay stabilized with lime has been used for the construction of the Shersi’s pyramids in Tibet more than 5,000 years ago. Later on, already in the modern era, cement Portland was used to give resistance to the soils in cobble roads. In addition, it was used as well to stabilize a network of rapidly building airfields during World War II, giving way to what today we know as the modern roads.

Currently, soils stabilization is a technique of application widespread in many public and private works as factories, airports, ports, and all kinds of roads, from rural roads to modern motorways.

The purpose of this communication is to show the use of the technique in the construction of new railway works, achievements and targets set for the near future.